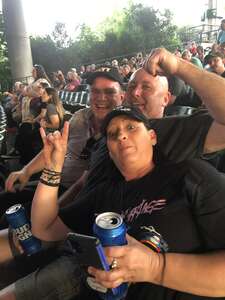 Thank you so much to live nation. We could never have afforded to attend this otherwise and it was great to get out of the house and really have a great time. 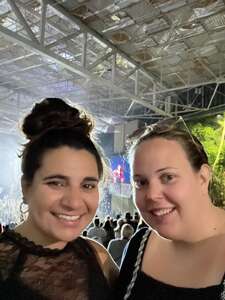 Thank you so much for the great tickets to Train. My girlfriend and long time friend were able to relax and have a great evening! 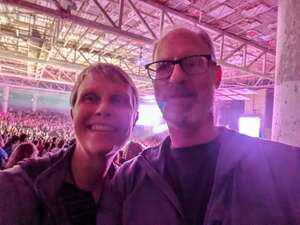 Great show. Really enjoyed the full evening with Blues Traveler, Jewel, and Train. Thank you for the opportunity and for your support. 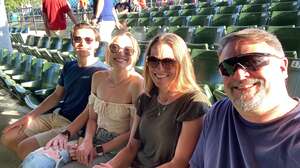 Thank you SO much for an amazing evening!!!!! Our family had such a grand time —all of the artists put on a spectacular show. Venue was top notch. 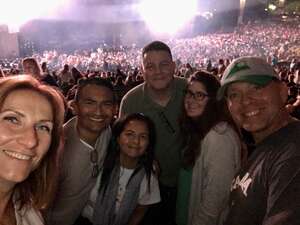 Thanks for the tickets… we’re grateful and there is no way we could have enjoyed the concert without you! 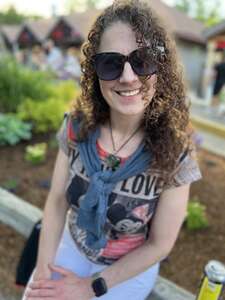 So much fun. These were bands from when I was in my 20’s!!! Brought back many memories. Thank you for a great time!!! 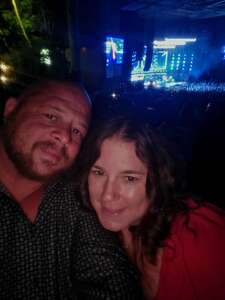 Thank you for the opportunity to see such a great band along with the others in the show. This show was absolutely amazing and allowed us to get out and have a good time through all the hard work we have been putting in. I can't thank Vet Tix and its donors enough!! 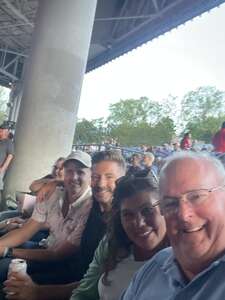 I would like to thank live nation for the tickets to see train and the whole am gold live tour your generous donation was truly appreciated. Thanks again Michael Sullivan 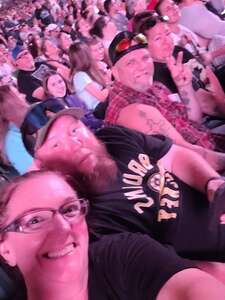 Thank you very much I truly appreciate the tickets to the events! 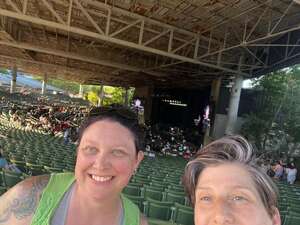 Oh my gosh that was amazing. Took my best friend with me. She hadn't been to a concert since the 90's! We loved every minute of it. Train was fantastic! We danced our butts off! Thank you Live Nation!!! 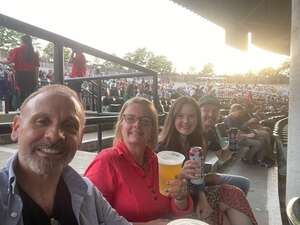 Thank you so so much for these tickets!! We had a fantastic time and could not be more grateful!!! 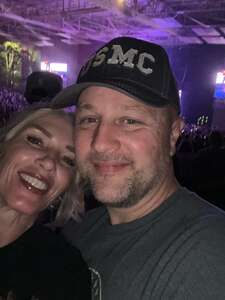 Great show, great seats! Thank you for supporting veterans with these great benefits, I remember joining and not even knowing I would get an actual paycheck during my service. Here we are still enjoying benefits from doing something I loved so many years ago the donors and vet tix organization are doing great things! Thank you 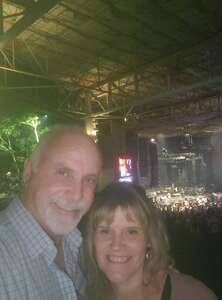 Thank you so much for the Train -Am Gold Tour tickets. This was for my wife and I on our 34th Wedding anniversary and we had the best time. The tickets were awesome and the bands were fantastic! Jewel and Blues Traveler were outrageous and Train had everyone on their feet!

Thanks you to the venue and to the promoter, we sincerely appreciated the tickets to this event! The Xfinity center is the greatest outdoor event venue that we have ever been to. The food and beverage choices are great and the parking is awesome! Again, THANK YOU! 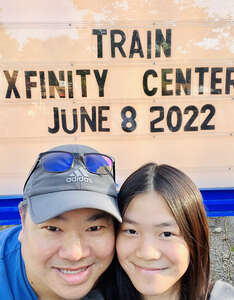 Train kicked off their AM Gold Tour @XfinityCenter joined by Jewel, Blues Traveler and Thunderstorm Artis. It’s their first tour in 4 years in support of their upcoming album, AM Gold.

@ThunderstormArtis opened the show with renditions of “Summertime” from the opera Porgy and Bess, John Lennon’s “Imagine" and The Beatles’s “Blackbird," the song that got him 4 chair turns during the blind auditions on season 18 of The Voice. A favorite of mine and the frontrunner all season 18 long, he placed top three in the finale and fell short of winning The Voice.

@BluesTraveler performed next and although I am not familiar with their body of work, I did recognize their Top 40 singles, "But Anyway" and “Run-Around”. Seeing frontman John Popper playing the harmonica was something else and he would later join Train on stage and do his thing.

@Jewel is promoting her new album, Freewheelin’ Woman which includes the new track “Dancing Slow” featuring Train. She came out and greeted the crowd by saying how happy she was to see that these fans loved her more than Paul McCartney who happened to be playing at Fenway Park at the same time. Her set started with “Hands” then she sang a few songs from the new album before ending with fan favorites, “Foolish Games,” “You Were Meant For Me” and "Who Will Save Your Soul”. Jewel still sounds fantastic and sexy as ever!

It was my 3rd time seeing @Train and they did not disappoint. Not only was it a night to relive their timeless hits, it was also a night to hear new music as they opened with their newest single "AM Gold”. Pat Monahan started out in a Led Zeppelin cover band and when you sound great to boot, it’s a huge treat to hear him do cover songs. There was a mashup of Steve Miller Band's "Space Cowboy” with "Meet Virginia”, Jewel joined Train and gave us a guilty pleasure mashup of ABBA’s “Dancing Queen” with “Listen to the Music” by The Doobie Brothers, Train sang another mashup of Redbone’s “Come and Get Your Love” with “Hey, Soul Sister” and as a bonus for the locals, a full cover of "Dream On" by Boston's own Aerosmith.

It was an entertaining evening to say the least. Thank you Live Nation and the Veteran Tickets Foundation for providing the tickets and making it a memorable night. 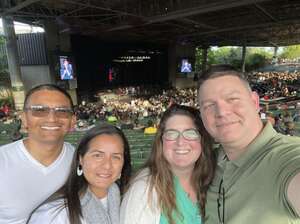 Thank you to Train, Xfinity Center, and Live Nation. It was a great concert, at a great location. 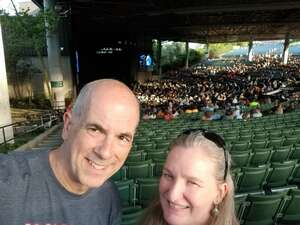 Thank you so much for donating the Train and Jewel concert tickets.  We really enjoyed the show, brought back many memories, we sawTrain 20 years ago at Great Woods. 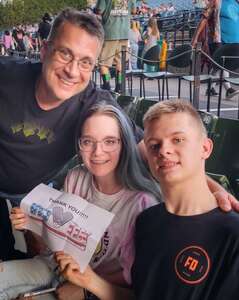 Great show thanks so much. Great seats. Wow what a great show!! Thanks to Live Nation and Vettix for another memorable night! Great music from all artists on the lineup!! Pat M does not disappoint on stage! 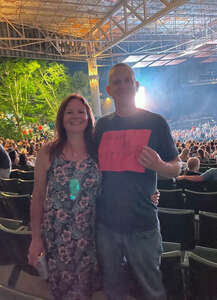 Thank you so much VetTix. Amazing show with friends! 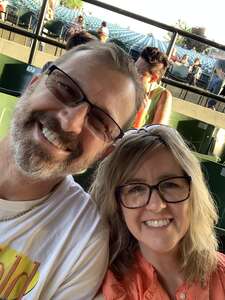 What a phenomenal show! My wife and I enjoyed it sooooo much!!!

Thanks for the great opportunity! 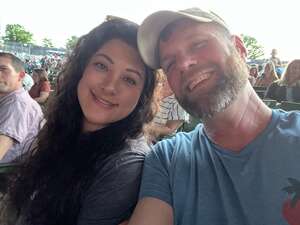 The show was great. It worked out perfectly bc my wife’s bday is on Friday and she loved Jewel. Thank you 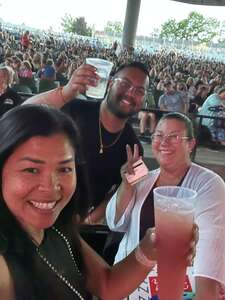 Thank you for allowing me and my family to see this awesome concert!!!! 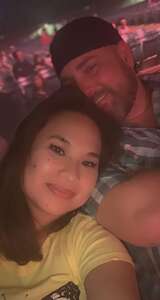 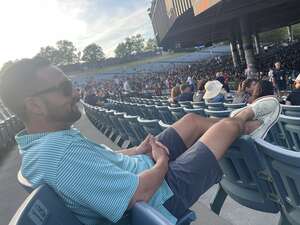 Thank you very much for the tickets. My wife and I had a great time. 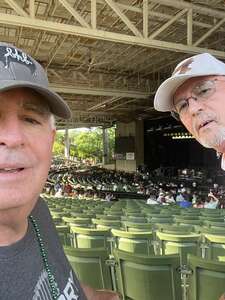 Thank you so much for your generosity! The seats were awesome. This was one of the best concerts I’ve been to.