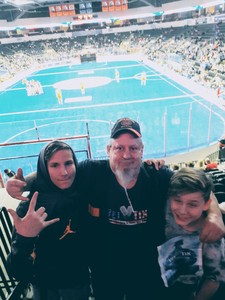 Many thanks to the Kansas City Comets soccer team for inviting us in to watch them dominate the Florida Tropics on Saturday night with a big 7-2 win!!
It was our first soccer game and we had a very good night! 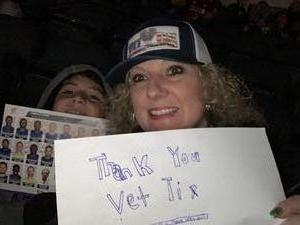 Another great free event courtesy of Veteran Tickets Foundation - Vet Tix! My son and I attended the Kansas City Comets Military Appreciation Game. We bid on the military appreciation game jersey worn by #51, Berto Williams, from Kingston, Jamaica and won. In addition to having his jersey and posters signed by several players, he made small talk with a couple of them. One was #19, John Sosa, from Medellin, Colombia. He told him his Auntie is Colombian but we have no idea where her family is from. 😂 The second player was #9, Bryan Perez, from San Jose, Costa Rica. He told him, we visited Costa Rica for a week this summer. One thing I noticed from each of the players he received autographs from was how kind, nice and personable they were to each of the kids. Not very often you witness this kind of personable joy professional athletes have interacting with the young kids. 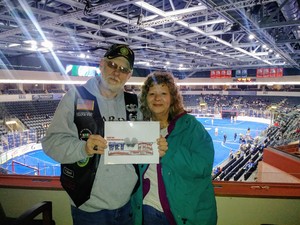 What a fun time last night at the Kansas City Comets game. 1st time going to a comets game with my girlfriend Maecia Davis. We both really enjoyed the fast paced game. The Comets won 7-2 Thank you to the Comets and VETTIX for a fun evening of indoor Soccer.