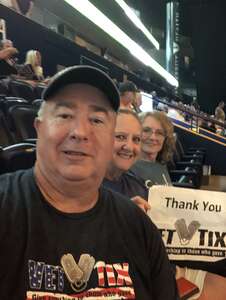 Thank you so much, Live Nation, for tickets to see Rod Stewart in Nashville last night. The seats were great and the concert was amazing. We appreciate everything you do for veterans like myself. Keep up the great work! 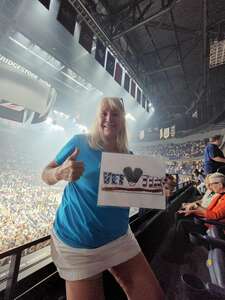 Thank you so much Vet Tix! What an amazing perk for us veterans. The Rod Stewart concert in Nashville was absolutely amazing. 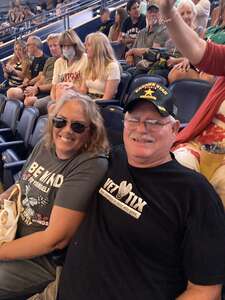 Me my wife and my sister had a fantastic time at the concert last night. It was so incredibly I could not believe it. I have loved Rod Stewart And cheapTrick for years thank you so very much for such a great night out ! 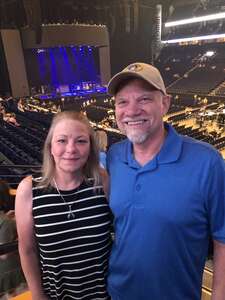 Thanks Vet Tix ! Rod Stewart was awesome!
My wife and I had a great time! 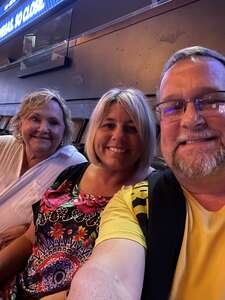 Huge Thank You to Live Nation and Vettix for these awesome tickets. We had a great time seeing Rod Stewart and Cheap Trick. 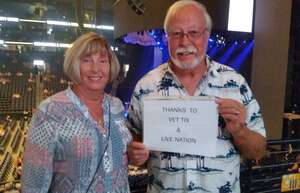 Thanks to Vet Tix and Live Nation for the great seats at a fantastic concert. My wife and I had a marvelous mini vacation. We probably wouldn't have went had it not been for the generous donation. Thanks again! 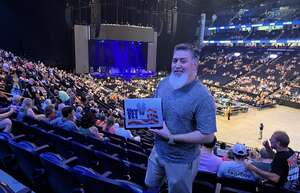 To the great folks at Live Nation, THANK YOU!!! Thanks for an incredible night of music with a living legend - Sir Rod Stewart. I cannot express enough how much this night meant to me. It was such a blessing to be part of such a great experience. I'll never forget it and I'll never forget your generosity in making this amazing night of music happen. Please accept my sincerest gratitude and deepest thanks for all that you've done for me and my family. 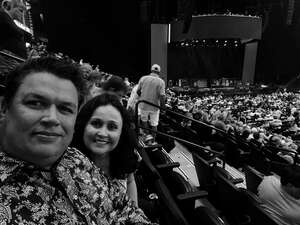 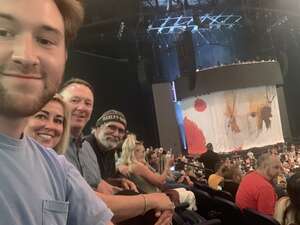 Great show! Our family really enjoyed the performance! Thank you Live Nation for providing the tickets!!! 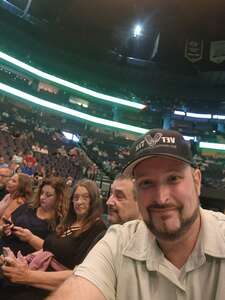 What a show!! Thank you Live Nation for donating these tickets so that we could enjoy it. The seats were absolutely amazing and the show was incredible! We had a blast. Thank you Vet Tix for all your hard work in bringing these to us! 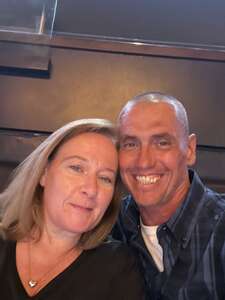 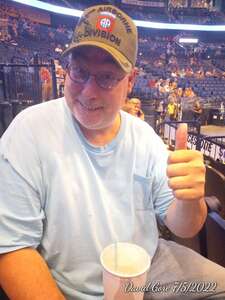 Thanks Live Nation!!!
Thanks Vet Tix!!!
Had A Blast....
Great Concert!!!
This 82nd Airborne Veteran Enjoyed It So Much. Thanks Again!!! 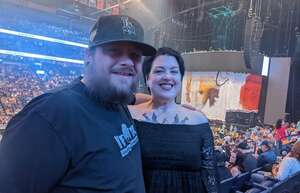 Thank you so much for the opportunity last night to see Rod Stewart. We took my Mom to celebrate my late stepdad's birthday. 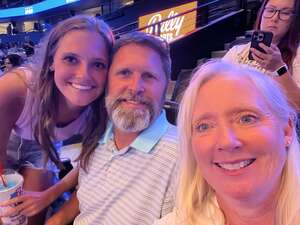 What a great time with the family and such an awesome show. Rod Stewart was just amazing! Thank you so much for the generosity! The Parker’s 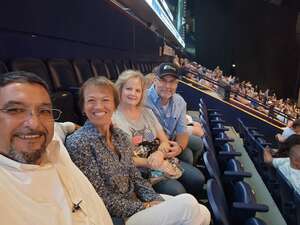 Thank you Live Nation for these AWESOME Tickets and Vet Tix for your continued support. This was one of the best concerts that I have ever attended. This is a great way to spend quality family time. 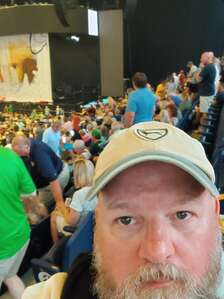 Fabulous show and the seats were fantastic. Thank you Vettix for the great support. We appreciate you! 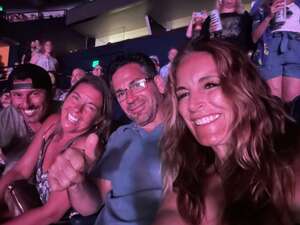 Fantastic show. Brought friends down for this event. We had an amazing time. Thank you! 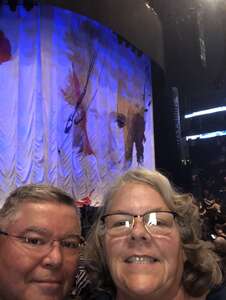 It was a tremendous event! A great big thank you and shout out to all the sponsors that allowed this to happen. 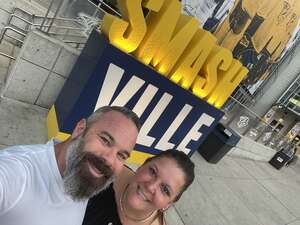 First time using 1st Tix. WOW!!! The seats were amazing the show was phenomenal and the experience was out of this world. Thank you 1 million times, what a great experience!

Great show and awesome seats. Thank you for supporting vetrans. 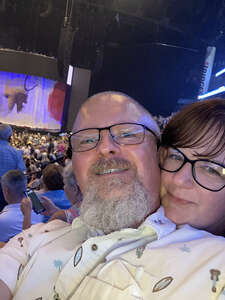 Thank you to Live Nation and Vet Tix for the tickets! We had a great time being there as Rod Stewart and Cheap Trick rocked the arena! 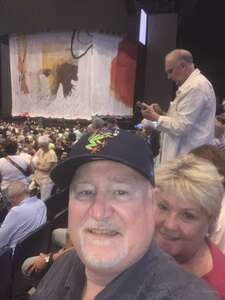 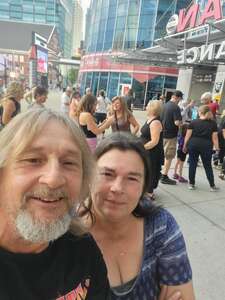 Awesome tickets for a much needed night out.
Special thanks to Live Nation .
My wife and I had a very enjoyable evening. 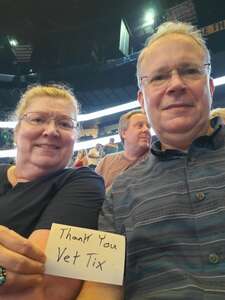 Thank you to Live Nation for a wonderful evening revisiting two of my musical favorites. Much appreciated! 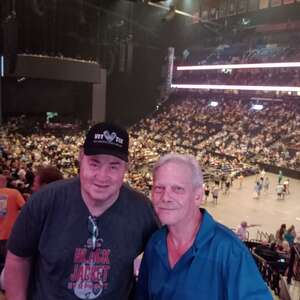 Cheap Trick opened for Rod Stewart and were great. Just as you'd expect. They had a young drummer named Dax Neillson and a guitar/singer named Robin Zander, so I think it's safe to say they were relatives of Rick and Robin Zander, Sr. They really added to the show.
Don't know where to start on Rod, but I'll try. He looked great for a 77 year old man. His voice was not as it was 50 years ago, but he more than made up for it with his showmanship and attitude. The show was a real production...like Vegas. Many changes of clothes and personnel. Everyone on stage, 13 at times, was a super talent with most playing more than one or two instruments. The singers were not just eye candy. They were also dancers with choreographed steps. A few of them were spotlighted with solos. Most impressive was the "light show" using the whole stage and bordering the stage. It involved several camera angles of the performers displayed along with a lot of cool graphics thrown in. Rod was really into the audience and was having a ball, literally at times. At one point, people starting throwing soccer balls on stage and Rod would graciously kick them back out into the audience, some going as far as 100 feet out. This thrilled the crowd. I've seen so many great acts in my life, but I have to put this at number one for the production value. Also, some VetTix ticket recipients were at the Chicago concert in Atlanta last week and sitting close to us there, but we didn't know it until last night. Really fine folks.
I took my buddy, Curt, who thoroughly enjoyed it and thanked me incessantly. He hadn't been able to go to a concert in years. Thanks for allowing that.
The VetTix ticket holders created a comradery that I am eager to be a part of
at future concerts. Thanks so much to the donors for making this possible.