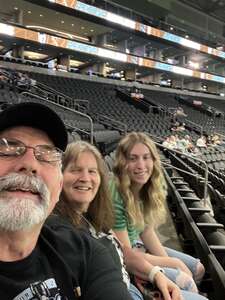 Thank you Arizona Rattlers for the tickets to the Western Conference championship! 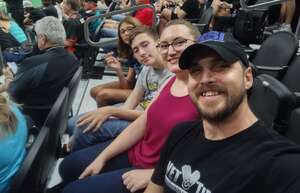 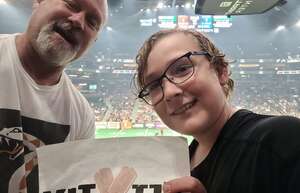 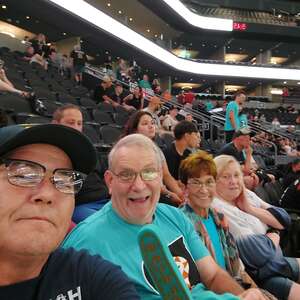 Thank you Arizona Rattlers-IFL for the tickets, I had 2 fellow Veterans join us for the event. The game was amazing full of action, and we had a blast. Next time we can make the fist bump cam 😆.
Vettix-Navy Veteran 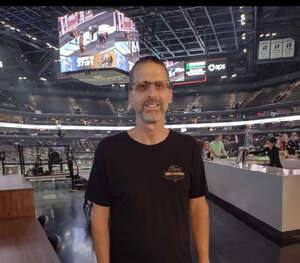 Thank you for a great evening of football. 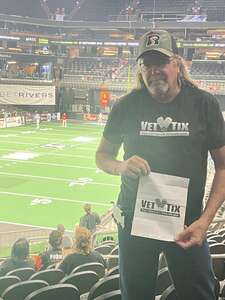 Even though they fell a point short it’s been a great season. Thank you to everyone 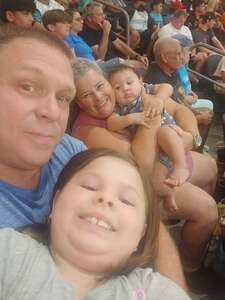 Thank you Arizona Rattlers for the great seats.
And a great season. 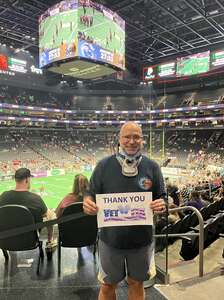 Thank you Vet Tik for the opportunity. 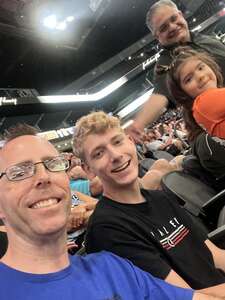 Thank you for the awesome time. The game was a hair raiser til the end! 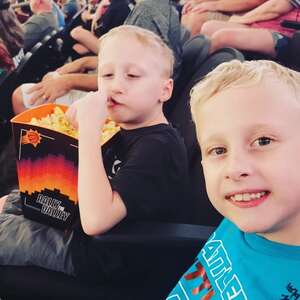 The stoke was high!!! unfortunately the rattlers met there end but hese boys did not care because they got to watch the best AZ Sports franchise ever!! Thank you Vettix for such an amazing season. 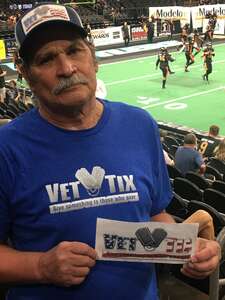 The best seats ever, the game was great and I will always support all local teams. Thank you again for the tickets, very grateful for my fellow vet that turned me on to Vet Tix.

We got to take our family to their first Rattlers game. They had so much fun. Thank you to the donors for a great time. 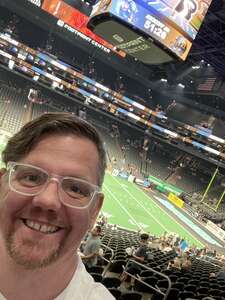 What an amazing event. Been many years since I was at a rattlers game. Thank you so much for giving me a flashback to younger days and enjoying things with my family. 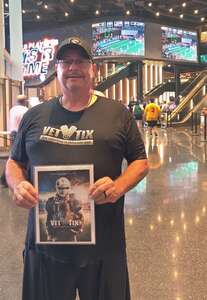 Thank you VetTix, the IFL,
Footprint Center, Arizona Rattlers, Northern Arizona Wranglers, vendors, and your fantastic staffs for such a great time!

It was my fifth visit to Footprint Center to watch the Rattlers play. It's always a fun time no matter what! Of course, Mike accompanied me as well as did his mom and my wife.

Getting to the game was quite an adventure. First, Highway 10 was closed, so we had to take a long, crazy detour. Then, we got caught in the torrential rains that hit Phoenix. By the time we walked the half block from the parking garage to the stadium, we were drenched, which you will detect if you look closely at my picture. The four of us had to buy new team shirts, which was not really a bad thing.

This second round playoff game was exciting, as the lead went back and fourth. The Wranglers were a tough team, particularly since this was only their second year in existence. Best wishes to them in the playoffs! However, having said this, the officiating was the worst I have ever seen at any game in my life, especially Referee 34. It seems he was intentionally looking for penalties to call against the Rattlers, but refused to call violations against them by the Wranglers. I'm not one to blame a loss on the refs, but they were pathetic! Also, losing at home by "one point" is very sad!

Following are two excerpts from a report by arizonasports.com:

"The Northern Arizona Wranglers defeated the Arizona Rattlers 52-51 in what was a competitive shootout that featured a controversial ending."

“The biggest play of the game was when we made our extra point after scoring, they call holding, our kicker gets roughed, he’s on the ground hurt,” Rattlers head coach Kevin Guy said. “Then our medical team is out there looking at him, we are trying to get him off the field and they start the clock.”

In any case, attending a game is such a happy time for families. There are contests where fans can win prizes and money. There are also crowd-involved activities and camera searches for various antics, such as the best air guitar, fist pump, dance cam, kiss cam, and football toss, throughout the game, and a 50-50 raffle. After games, there is the golden opportunity to take pictures with the players and those gorgeous cheer leaders as well as get their autographs.

Footprint Center is an awesome arena! We sat in Section 101, which was on the 20 yard line, but there are no bad seats in the house. The food, beverages, team gear, and services are varied and a huge plus. I'm glad there were extra shirts to purchase. On top of everything, my wife caught another during the Shirt Toss. It just so happened it was my size in a color I didn't have.

Again, thank you VetTix, the IFL, Footprint Center, Arizona Rattlers, Northern Arizona Wranglers, vendors, and your stupendous staffs for all you do for us vets. We sincerely appreciate you!

By the way, this was our first year attending Rattlers' games. You have made us fans. We can't wait until next year! 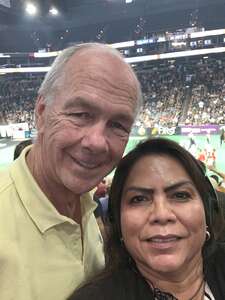 Thank you Arizona-IFL for the opportunity to attend the AZ Rattlers game. My friend and I enjoyed the game. Unfortunately, the Rattlers did not win. We appreciate your continued support and generosity for the Veterans.
We would like to thank Vet Tix for their wonderful organization. 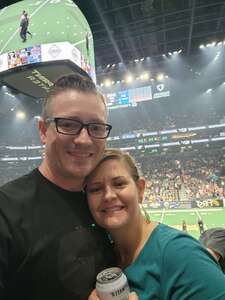 Thank you so much for the tickets Arizona Rattlers-IFL. My wife and I had a blast and always love attending these games. Here's to next year and more memories to come. 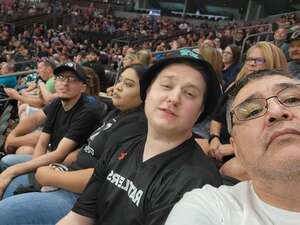 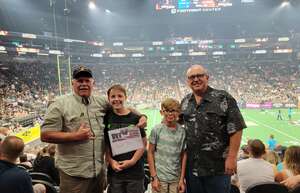 The game was exciting! My team lost however, Arizona is still being represented. You haven't any idea how enjoyable this game was! Thank you to those whom sponsored this game and for VetTix for arranging our meeting!

Thank you Vettix, for rattler game tickets it was a final playoff game it was very exciting till the end although the rattlers lost by one point we had a great time thanks again 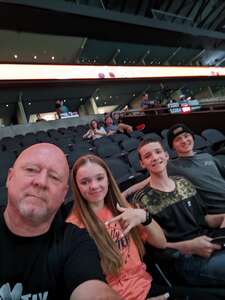 Thanks Vettix grandkids and I had an awesome time. First football game for the grandkids. Looking forward to next season. 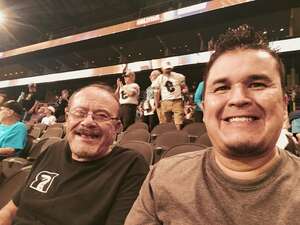 A great game but with a sad ending. My so and I really enjoyed the game and we truly appreciate the Rattlers providing the tickets, we had great seats! 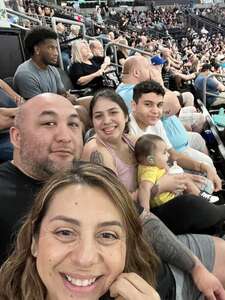 My family and I were very fortunate to catch an IFL playoff game in our hometown thanks to Vet Tix! Thank you for the amazing opportunity!

Best game I've seen all season althrough not how I wanted it to end. On the positive note, I invited a couple from Prescott to seat in my table while we waited from us to be let in. After a good while I asked him if he was a graduate of Prescott High school. I was surprised when he told me he had graduated ffom Thatcher High. He then asked me if I knew where that was and my response to him was that I was from that are just a couple of miles in the town of Safford. To make a long story short he and my cousin use to work together at the mine and also many of the people I knew. Small world. I did tell him about vettix.org and all the great opportunities to experience many venues. Told him to mention my name as a reference. Again thank you for Tue chance to be part of this great organization. 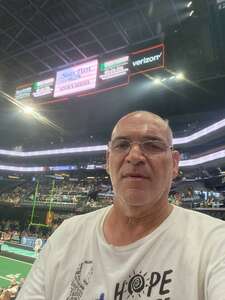 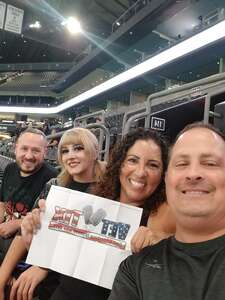 We had a great time at the Rattlers game, very appreciative for tickets, thank you!